A duvet cover is one of the essential items in your bedroom. It's often overlooked, but it must be washed regularly to keep allergies at bay and prevent dust mites from getting trapped inside it. And when buying a new one, cotton is often your best bet for a good night's sleep. Below the product listing, we share some further insights about duvet sets and covers that can help you determine when you should get one, how to use a duvet set, and what you should do when you have a new duvet cover. 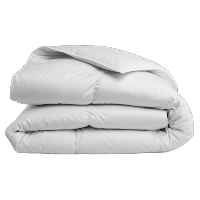 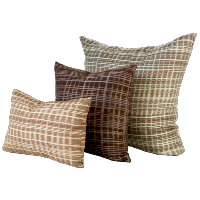 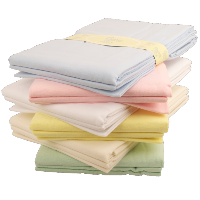 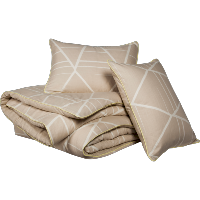 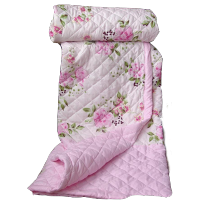 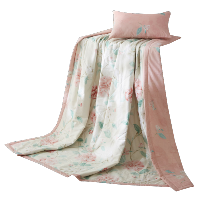 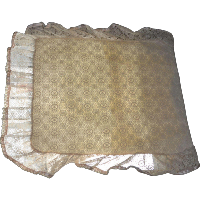 What Is A Duvet?

A duvet is a soft, comforter-like cover that's filled with down or feathers. There are many variations on the duvet. For example, some are waterproof while others are water-resistant. A duvet cover protects the duvet from dirt and damages. It has a two-sided zipper on three of its sides to be taken off for easy laundering.

What is a Duvet Cover?

A duvet cover is a removable, washable cover that's typically sold with the matching duvet. There are many different fabrics used to make duvet covers, but you should prioritize natural fibers like cotton because these are easiest on your skin and hair. When it comes to choosing between the two most common options, cotton or microfiber, cotton wins hands down for several reasons, which we quickly highlight in the following

It's breathable, so it won't trap moisture, which helps regulate body temperature. It provides an extra layer of insulation during cold winter months. It absorbs sweat without trapping odor-causing bacteria. Most importantly, however, your bedroom needs at least one good cotton duvet set if you want to keep allergies.

When to Buy A New Duvet Cover

When should you get a duvet cover? You need to replace this every year, but instead every two to three years. If your duvet isn't quite dirty or smelly enough to toss it in the wash, then all is not lost. You can just put a new duvet cover on top of an old one and wash the old duvet cover in the meantime with a very heavy-duty cycle so that when you have finished cleaning the duvet, the duvet cover will be good as new.

What is the Difference Between Duvets and Duvet Sets?

As we already know, a duvet is a soft, comforter-like cover filled with down or feathers. A duvet cover is a removable, washable cover that's typically sold with the matching duvet. A duvet set, on the other hand, includes both the duvet and the duvet cover. The duvet cover does not need to be the same design as the duvet, but instead could just be a plain solid color. We recommend choosing at least two different sets for your bedroom because it's more versatile and easier to keep clean. If you're having trouble finding matching sets or even just deciding on which one is best for your bedroom, head over to online groups that share designs where dozens upon dozens of people have pinned out their favorite duvet set ideas.

What should I look for when buying a new duvet cover?

Though cotton has already won our hearts in terms of fabric quality, there are many other things you should consider when picking out your next duvet cover. For example, these are all great features that will make your duvet cover more durable and lasting, with the most obvious being a zipper closure. A duvet cover with a zipper is much easier to place on your duvet and remove when you're ready for laundering. However, several other fabric-related features can affect how easily the duvet comes out of the duvet cover:

Questions and answers about Duvet Covers and Sets

What is the cheapest product in Duvet Covers and Sets?

Do all Duvet Covers and Sets ship to me?

All Duvet Covers and Sets on Interiorbeat ship to all states in the US.

Which brands are great at creating Duvet Covers and Sets?

At Interiorbeat we have 22 brands in Duvet Covers and Sets. The brand with most products is Sis Enterprises, but also Sheex and Progressive Furniture are popular brands.